As Americans have added more wheat to their diets, they’ve also gotten bigger. 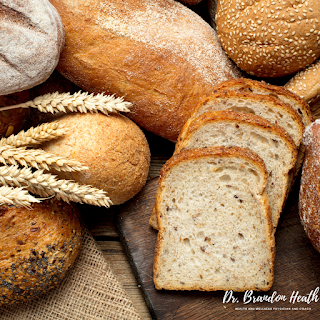 In past centuries, it was an enviable status symbol to have a big belly, for it meant that you led a life of leisure and had plenty of money for food. Nowadays, however, it’s not just the privileged who have expansive waistlines – it’s people from all walks of life. And rather than envy, those people are often subjected to pity or ridicule with derisive terms like “beer-belly.”
Although this is a popular term for a protruding gut, according to Dr. Davis' research, a more accurate name would be “wheat belly.”
Since the 1980s, there have been ongoing public health campaigns against fatty cholesterol-packed foods such as butter and bacon, since these kinds of foods are believed to contribute to heart disease. But as a result, many people have replaced those foods with ones that are rich in carbohydrates. And out of all the available carbohydrates, one ingredient has risen to the top: wheat.
The American diet in particular is predominantly wheat-based, with this ingredient playing a major role in every meal. The author remembers having four servings of wheat flour a day. For breakfast, it was often a bowl of Lucky Charms. For lunch, a peanut butter sandwich. For dinner there was often cornbread. And to top it all off, some apple pie. That’s a lot of wheat!
Nowadays, Davis stays away from wheat altogether. But for the rest of the world, it remains one of the most popular grains, accounting for 20 percent of our caloric intake. But eating so much of one ingredient doesn’t just make for a mundane diet – it makes for a fattening one, too.
It’s no coincidence that as our diet has grown to become more wheat-based, our waistlines have also expanded.

In 1985, the National Heart, Lung, and Blood Institute began to recommend that Americans replace fatty foods with “heart-healthy” whole grains instead. That was the same year average body weights and diabetes rates began to increase sharply.

Looking for personalized advice on your day to day Health and Wellness and better overall FUNCTION. Email me at doc@coloradofh.com. Or to check out Dr. Davis' book yourself...