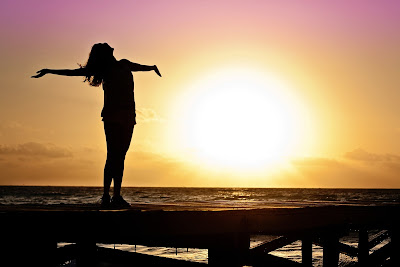 Humans, like all vertebrates, require calcium for signal and muscle contraction, and to build and maintain skeletons. We also need vitamin D to maintain calcium homeostasis. When the human body is deficient in vitamin D because of reduced dietary intake or inadequate exposure to sunlight, the parathyroid hormone mobilizes calcium from its stores in the skeleton to restore calcium balance in the blood. While this action prevents the usual manifestations of hypocalcemia until vitamin D deficiency is quite severe, adults who are deficient in vitamin D may have chronic pain and lower extremity weakness. Indeed, women who are deficient in vitamin D often are misdiagnosed with fibromyalgia or even somatization syndromes.

Physicians often do not consider vitamin D deficiency as a cause of hypocalcemia or unexplained weakness, even in patients at high risk for vitamin D deficiency (e.g., older adults, homebound patients). One reason physicians discount the possibility of vitamin D deficiency is that they assume their patient has had plenty of sun exposure or adequate dietary intake. However, many patients actively avoid the sun or scrupulously use sunscreen in an effort to reduce their risk of developing skin cancer. In addition, as some patients age and become more homebound, they do not go out in the sun as much. A further complication is that sunlight in most of the United States (i.e., those states farther away from the equator) is inadequate to stimulate enough vitamin D formation in the winter. Persons most prone to chronic illness (e.g., older adults and those with impaired mobility from chronic diseases) are much less likely to get enough sun exposure to synthesize sufficient vitamin D.

Dietary sources of vitamin D are tougher to come by than most physicians realize. Although fatty fish, such as salmon and mackerel, contain large amounts of vitamin D, and processed milk is fortified with vitamin D, most foods, including human breast milk, contain very little vitamin D. The American Academy of Pediatrics issued new guidelines in 2015 recommending vitamin D supplementation for breastfed infants.

Technically, vitamin D is not a vitamin but a steroid hormone that stimulates the vitamin D receptor in the cell nucleus to upregulate gene expression. The result of this stimulation is an increase in the absorption of calcium from the small intestine. Without adequate vitamin D, the body absorbs no more than 15 percent of dietary calcium. With sufficient vitamin D, calcium absorption increases to 30 percent and, during pregnancy or lactation and in periods of growth, absorption can approach 80 percent.

When reduced sun exposure is combined with inadequate dietary intake, vitamin D deficiency is found to be much more widespread than previously was thought. The prevalence of vitamin D deficiency has been reported to be as high as 21 to 58 percent in adolescents and adults in the United States (depending on age and gender), 54 percent in homebound older adults, and 84 percent in elderly black women.

One hundred years ago, vitamin D deficiency, in the form of rickets, was epidemic in this country. Vitamin D deficiency nearly disappeared by the middle of the last century, but we now know that the spectrum of vitamin D deficiency is much broader and the prevalence of this disease much greater than had been believed and should be considered as a leading factor in osteoporosis and muscle and joint pain symptoms like fibromyalgia.
Posted by Dr. Brandon Heath