The Not So Silent Killer

Did you know that inflammation has been identified as the basis for most chronic disease - diseases like arthritis, obesity, diabetes, heart disease and even cancer? That's right. Most chronic diseases are a result of a lifestyle of affluence that affords us the luxury of being able to eat the wrong foods in the wrong amounts at the wrong times. These food choices set in play a host of processes in your body that produce inflammation from a multitude of sources. In addition, many of us are genetically programmed to produce excessive inflammation when exposed to common irritant sources such as smoke, chemicals and poor dietary choices. Some of us produce so much inflammation that we have autoimmune disorders such as lupus, multiple sclerosis, rheumatoid arthritis, psoriasis and colitis. 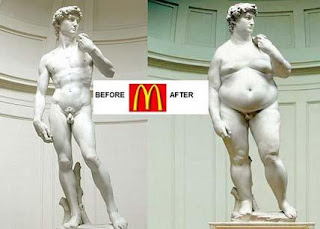 How exactly do poor food choices produce inflammation? Packaged and highly processed foods as well as fast foods are some of the worst culprits. They are also some of the food choices most widely available. Designed for convenience, these foods are loaded with trans-fat to extend their shelf life as well as change their taste and texture. A trans-fat is created from a natural, saturated fat - another less than healthy fat. That saturated fat is "transformed" into a trans-fat via a process called trans-hydrogenation. This transformed fat is chemically different enough from a natural fat that, when incorporated into your body tissues, it creates a cascade of chemicals called cytokines. Cytokines are molecules responsible for producing inflammation throughout your body.

Foods that are loaded with refined sugars are also inflammatory. Cakes, cookies and doughnuts are examples of foods that are rapidly digested by your body, releasing large amounts of glucose. This glucose is rapidly absorbed by your body, causing a high blood glucose level. Your body in turn releases a surge of insulin to help normalize your blood glucose levels. This surge of insulin combined with high blood glucose levels causes your body to release cytokines, inflammatory molecules, as well. Each surge of glucose actually signals your body to store fat. Guess what? Fat tissue becomes physiologically active and begins to release these same inflammatory molecules, cytokines, as well.

Refined grains - grains stripped of fiber and vital nutrients- also create inflammation. A whole grain is a molecule composed of large amounts of glucose linked together and encapsulated with a fiber coating. This fiber coating makes the digestion and release of glucose a slow and steady process. When the outer fiber coating is stripped away to create a smooth and creamy texture, glucose molecules are readily available for rapid digestion and absorption into your body. This rapid surge of glucose into your system again is the trigger for the inflammatory cascade.

Certain grains have the ability to produce inflammation in certain individuals. Wheat, oats, barley and rye are all grains that contain significant amounts of a protein substance called gluten. Gluten makes foods, like bread, crunchy on the outside and soft on the inside. Yet this same gluten is very inflammatory in individuals genetically challenged in digesting gluten. Symptoms can be as severe as pain, bloating, diarrhea and malnutrition or as mild as nausea or lack of energy. Eliminating these specific grains from your diet is often the key to controlling this type of inflammation.

So What is The Answer??? What exactly is an anti-inflammatory diet???


In general, an anti-inflammatory diet consists of fresh, whole foods which do not contain triggers for inflammation and are loaded with molecules that actually neutralize inflammation in your body. 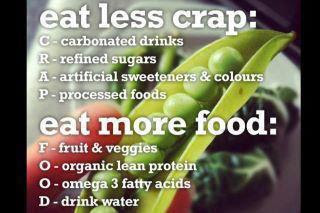 In general eating generous amounts daily of fresh fruit and vegetables and moderate amounts of whole grains and lean protein as well as healthy fats found in fish, seeds, and nuts is the foundation of the anti-inflammatory diet. Then for select individuals, reducing or eliminating grains, especially gluten-containing grains, is the final step.

So just who should eat an anti-inflammatory diet? 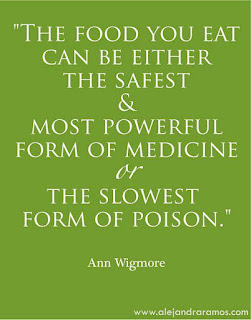 Obviously, anyone who suffers from an inflammatory condition such as heart disease, autoimmune disorders (lupus, multiple sclerosis, rheumatoid arthritis, colitis.) or allergic disorders (asthma, eczema) will benefit from the anti-inflammatory diet. Most people with chronic pain (head aches, back pain, neck pain, knee pain, joint pains, nerve pains, muscle pains) have elements of inflammation involved in their pain and will benefit too. Irritable bowel syndrome and common digestive disorders such as acid reflux improve with the anti-inflammatory diet. Yet surprisingly, anyone suffering with chronic degenerative disorders (arthritis, diabetes, heart disease, obesity and even cancer) will benefit as well from this diet. Finally, anyone interested in preventing these degenerative diseases and achieving optimal health will benefit. In fact, the science confirms that eating to prevent inflammation not only prevents disease and maintains health but also keeps us looking and feeling younger.  EVERYONE can find benefits from an anti-inflammatory diet.


So eat healthy and don't let inflammation get a grip on you. From children to the elderly, everyone can benefit from this powerful approach of the anti-inflammatory principles of this Healing Lifestyle.