Effects of Intermittent Fasting on Weightloss 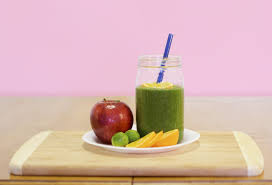 I just read a recent study that compared the effects of intermittent fasting and the typical prolonged calorie deficit or "dieting". In the study overweight/obese subjects with type one diabetes were divided in to two groups. One group performed intermittent fasting and was restricted to 600 calories a day two days a week and allowed to eat to fullness 5 days a week. The group was asked on their fasting days to limit their calorie intake to an afternoon and evening meal allowing a 16 hour window between significant calories from the night before.
The other group was restricted to 30% basal metabolic deficit diet 7 days a week. In other words they were ingesting 30% less than their bodies were burning.

The two groups were followed for 12 weeks and the results were significant. Both groups had lost weight and a good amount of belly fat. However the intermittent fasting group lost on average 7.2% of body weight and 12% belly fat while the calorie restricted traditional "diet" lost 3.9% of body weight and 10% belly fat. This study did not include any added exercise or restriction in certain macronutrients (carbs, fat, protein).

This study is very interesting and shows the impact of just a minimal (2 days a week) adjustment to eating habits. These effects could be even more impacted by an exercise and low simple carbohydrate lifestyle.

Let me know what you think. In Health...