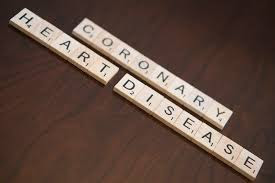 Inflammation is a common disease that often leads to other diseases such as diabetes and heart disease. It is very common in 21st-century life due to increased consumption of processed foods, reduction in natural whole food intake, reduced levels of exercise and exposure to toxins from substances such as alcohol, additives etc.

In order to lead a happy, healthy and pain-free life, it is essential to try to minimize inflammation in the body, especially if you are overweight which can often cause elevated inflammation levels.

In this article, I’ll provide some of the most powerful, research-proven strategies you can apply to reduce inflammation, disease risk and even lose body fat. 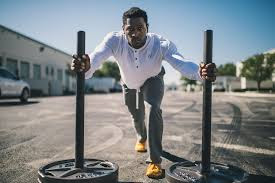 Exercise is one of the best ways to reduce inflammation and prevent it from reaching dangerous levels. Multiple studies have revealed that beginning an exercise program, whether aerobic/cardio or resistance/weight training based, may help improve inflammatory response and reduce pain. Additionally, some evidence suggests that combining the two, (weight training and cardio), might be the best way to fight off inflammation. Interestingly, exercise such as resistance training actually increases substances called cytokines in the body that increase inflammation.

While that may sound like the opposite of what you want, it’s actually something you need. Small and localized inflammation brought on by exercise is a normal healthy response to the stress of exercising. Exercise is actually seen by the body as a stressor or a threat, which in turn requires the body to respond and adapt.

In response to the low amount of inflammation that occurs as a result of exercise, a myriad of different processes become up-regulated to help repair and increase the body’s resilience to inflammation in the future. In doing so, this provides a two-fold effect:

In essence, by exercising you’ll increase the strength and efficiency of your immune system to help reduce and even prevent future inflammation.

Intermittent fasting is a fairly new dieting trend that is great for fat loss and helps reduce inflammation. For athletic individuals, intermittent fasting typically consists of 12-18 hours of fasting (through the night and next morning) followed by a period of 6-8 hours of nutrient consumption.

However, if your goal is simply to combat inflammation, you may also want to consider alternate day fasting. This approach consists of one day where you eat as you normally would be followed by the next day where you do a full fasting, consuming roughly 25% of your normal calories.

With normal eating patterns (no fasting), you expose your body to continued food and calorie intake throughout the day. In doing so, you up-regulate processes associated with growth, which may also result in inflammation.

When you fast, virtually the opposite happens, via a process called autophagy, where the body uses a significant portion of the up-regulating processes to aid in cellular repair and recycling of damaged cellular components.

Additionally, this fasting period allows the body to spend time to reduce inflammation, rather than working on digestion and growth.

The ketogenic diet is also another popular diet that can accelerate fat loss, reduce inflammation and potentially provide anti- 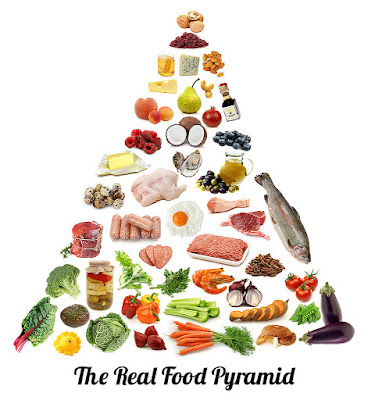 .
The ketogenic diet consists of consuming a large amount of your calories from healthy fats. Additionally, this is combined with a low to moderate amount of protein and a very low amount of carbohydrates to decrease insulin and boost ketone levels. The typical macro ratio is 75% fat, 20% protein and 5% carbs. Here’s an overview of the food groups:

Another explanation behind the ketogenic diet and its benefits for inflammation is that increasing ketones in the blood may actually be associated with a reduced inflammatory response. In essence, you are reducing pro-inflammatory foods while increasing intake of foods that help prevent inflammation.

While a number of different lifestyle factors and even genetics can affect inflammation, one of the key causes of inflammation is your diet.

Foods that cause inflammation and should be avoided:

By increasing anti-inflammatory foods while avoiding pro-inflammatory ones, you’ll be able to reduce potential inflammation just by altering daily food you are consuming. 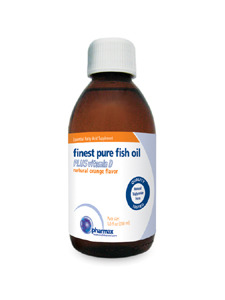 In addition to changing your diet and implementing an exercise program, I also suggest that you use one of the healthiest supplements and fats around, Omega-3 fish oil.
Omega-3 fatty acids are anti-inflammatory whereas Omega-6 fatty acids are pro-inflammatory. If we were to go back 100 years, the ratio of omega 3 to 6 fatty acids was pretty equal and managed to keep inflammatory levels in check. However, we now consume far too many omega 6 fatty acids and only a small amount of omega 3s.

By regularly consuming an Omega-3 fatty acid supplement such as fish oil, you might be able to offset this ratio and decrease the amount of inflammation in your body. Combined with reducing the processed foods listed above and adding in extra omega 3 via supplements you can improve your omega 3 to 6 ratios.

Other food sources include oily fish, walnuts and flaxseeds. Aim to consume around 3 – 5g of omega 3 per day; this can be from a combination of foods and supplements.   Click to Order
Posted by Dr. Brandon Heath