What do the numbers 3,4, 8 and 9 have to do with your health and wellness?- BE A STICKLER

You know those little stickers on fruits and veggies? They're called price look-up (PLU) codes and they contain numbers that cashiers use to ring you up. But you can also use them to make sure you're getting what you paid for. If you are interested in staying healthy, here's what to look for: 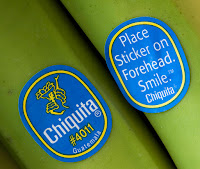 • A five-digit number that starts with a 9  means the item is organic. Eating organically—or better yet, biodynamically—grown produce is paramount. This can be identified at the grocery store by a five-digit bar code starting with the number "9," or purchased from your local biodynamic grower.
• A four-digit code beginning with a 3 or a 4 means the produce is probably conventionally grown. For example, regular small lemons sold in the U.S. are labeled 4033, large are 4053; small organic lemons are coded 94033, large are 94053. We cannot emphasize enough the importance of food quality when it comes to the prevention of disease. Sure, a conventionally grown bell pepper (identified by a sticker with a four-digit bar code starting with the number "4") will contain the healthy compound beta-cryptoxanthin, but it will also come with a whole host of cancer-causing chemicals on it.
• A five-digit code that starts with an 8 means the item is genetically modified (it has genes from other organisms). You won't see many of those because only genetically modified versions of corn, soybeans, canola, cotton, papaya, and squash are now widely sold. And because PLU codes aren't mandatory, companies can label those items as conventional. 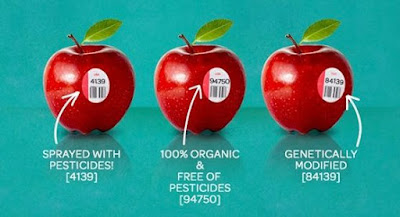